Noooo it’s the last month of summer. I’m sad, not gonna lie. Although I am a teensy bit excited about wearing heavier + darker clothes, I haven’t quite had enough sunshine! I’m relying on the next few weeks to give me my final sun fix, and hopefully, I’ll be good to go until next year (yikes…).

But August has been a great month! I’ve done, eaten and read plenty. Here are my favourites!

I’m obssessed with gut health. My own, other people’s, and beneficial bacteria in general just really, really floats my boat (weird I know). I occasionally listen to the Inspire Nation Daily podcast, so when I saw an episode with Robynne Chutkan of Gutbliss, I had to tune in. Not only was I completely sold on getting her new book, The Microbiome Solution, I actually learned a fair bit. I learned about the adverse effects of our uber-sanitised world, the benefits of gardening and became adamant to fix my own gut health. I’m pretty sure my gut could use some healing, which is why I’ve decided to take matters into my own hands and start a pretty serious gut healing process (but more on that later). Gut health is the new ‘in-thing’ if you’re into nutrition, so if you’ve not joined the hype, I recommend this podcast and her book. 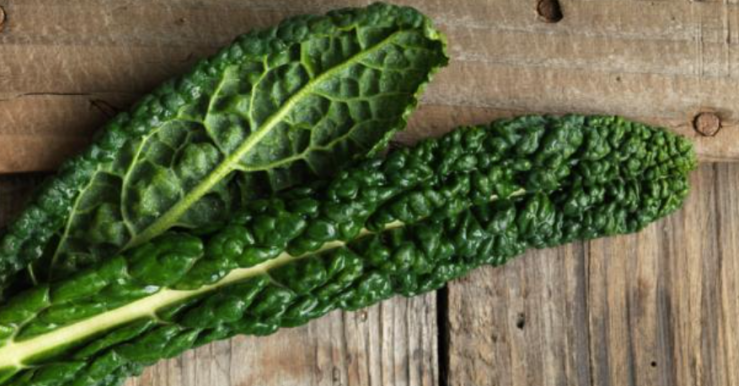 Look who’s late to the party. I had tasted curly kale, but black kale or cavolo nero, is a new thing for me. It tastes so good! I love the delicate flavour, compared to the bitterness of curly kale. I’ve had it lightly sautéed in oil with a helping of cream cheese, and raw multiple times in a salad. I’ve been eating it Kimberly Snyder style, which is essentially a very simple kale salad before a meal to coat your stomach and ease digestion (it’s the Dharma’s Kale Salad, and it’s awesome!). But really, can you ever go wrong with kale? I don’t think so 🙂 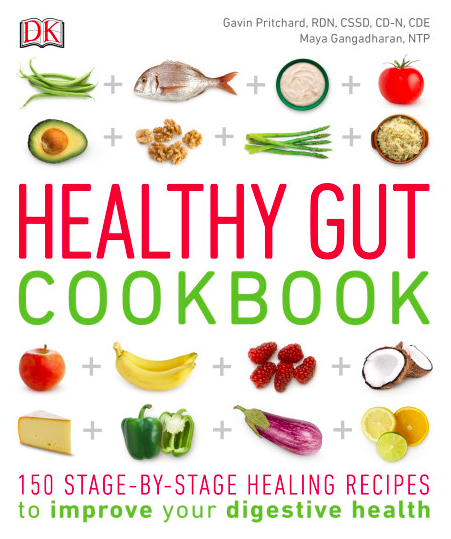 So back to my gut obssession, I’ve found this book to be an excellent resource this month. I considered doing the GAPS diet after being on a few heavy antibiotic cycles, but found it a little extreme (and it IS very restrictive and drawn out). I didn’t realise this book was GAPS compliant until I opened it, but the recipes are just amazing. So yeah, I might accidentally end up on the full GAPS diet – the recipes are far from boring (i.e. not what you would expect from a diet based on bone broth, egg yolks and sauerkraut) and make very good use of all the cheese that is allowed (think Parmesan tuiles and turkey Reubens). There are plenty of basic meal plans and how-tos in addition to the many recipes, and a few staple items to always have on hand (like homemade yoghurt, ghee, bone broth and a grain-free bread that looks BOMB.) I don’t know where my diet will take me at this moment in time; if you follow me on instagram, you’ll know I’m doing the #SeptemberWhole30, and after the reintroduction phase, I might do the full GAPS and see where it takes me! 🙂

This girl is my Australian alter-ego. She is so down to earth, so watchable and so educational! Just like me, she loves fitness and nutrition, but not the tupperware-chicken-and-rice kind, or IIFYM kind. As I’ve mentioned before, tracking food doesn’t work well for me. I like doing it, but don’t really reap any benefits from it. So I pack on the nutrient-dense foods and don’t worry too much about the numbers. She is very focused on keeping her diet clean, hormone-balancing and high fat, which is so refreshing. My only complaint: not enough videos! 😀

This is new for me too, but such a revelation! I haven’t quite curbed my addiction for bread  (and probably never will. French blood, you know.), and a slice of dark rye bread is generally sitting next to my eggs in the morning. I also love sourdough but don’t eat it very often, because the flour is refined and healthier options exist. So a rye sourdough?! That couldn’t be a better match for me. When made traditionally, it’s actually a great source of probiotics. The sourdough starter is a fermented paste (rather than commercial yeast) that is added to the bread, which gives it the distinctive sour taste. This particular loaf is delivered to the Alligator health food shop in York on Saturday mornings by Bluebird Bakery. If you live in the UK, Everfresh Bakery make a pretty decent packaged one, too. It’s nutty, super dense and very tasty. And it lasts for ages! I’m never going back! 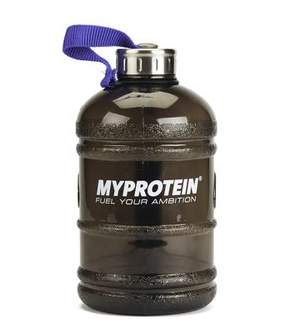 I’ve been looking for a bigger bottle for ages, but never gave in to the gallon-sized  container-looking water bottle, because I thought they looked lame (and it’s called a ‘gallon hydrator’. Lol.). They seemed chunky and very large, too large for my dainty handbag. But after training with a PT I realised I officially needed a bigger bottle if I wanted to survive the killer sessions he was putting us through, so I got one. I got this one from Myprotein, which is 1.9 litres (about 1/2 gallon) and a little smaller than the average gallon bottle. It’s nothing special, but it does get me drinking more water. It’s BPA free, but it is still plastic, so when I’m at home, I generally stick to my glass VOSS bottle. 🙂

And that’s it for this month! WHat have you been loving this August?

Fueled by coffee, avocado and ashtanga yoga. I love to eat & to feed my friends. View all posts by Elise

This site uses Akismet to reduce spam. Learn how your comment data is processed.

Ciao 👋🏻 Here’s a little #pastaporn to get you through Monday. 🍝 . Homemade tagliatelle alla carbonara. I trekked all the way to @ilprincipedeli to get guanciale and pecorino Romano, which are the foundation of traditional carbonara. I learned two things; guanciale is nothing like pancetta, and Pecorino is nothing like Parmesan. 🤷🏼‍♀️ So if you can, get the real stuff! 🍝
Apparently, this is called a cretzel, and I’m digging it. A croissant 🥐 meets a pretzel 🥨 Happy Sunday! 🍒 It’s a cloudy one today ⛅️
Hey I know it’s not fun to be stuck inside all day but you know what is? Making pizza. It’s not difficult. I mean, it’s not going to be like that pizza you ate in Naples but you’ll have made it al by yourself. All you need is an oven. Some hands. Some flour and yeast. And some time! 🍕 . I made this beauty with supermarket flour, instant yeast, olive oil and salt. I eyeballed the ratios and tried to channel my inner Italian. 🇮🇹😂 So what’s important here? . Your dough has to be pliable. Wrapping your dough up in a blanket for at least 4 hours before you bake. Not overkneading. I like to preheat an oven tray at the hottest temp and ‘flash baking’ the pizza (12-15min). Don’t overdo the toppings or you’ll end up with a soggy bottom! . Anyway that’s it. What’s your favourite pizza topping!? 🥰 This was @oatly single cream, smoked salmon, shaved asparagus and lots of pepper. 🔥
❤️💛💚 Hello, hello; it’s time for another day spent in the kitchen! I had some old peppers lying around that we’re looking really tired 💤 there’s no better time than quarantine to put that barbecue (or oven!) to work.. . I used 8 peppers (red, yellow, green) and grilled them in my oven at 250 degrees for 25 minutes, until the skin turned black. . Very important ⚠️: just leave them alone when they’re out of the oven and let them rest for 30 minutes before you start peeling them. Don’t burn your hands! . Slice them up and pack them in olive oil with some crushed garlic. Good in the fridge for 3 months or your freezer for longer! ❤️💛💚
Very easy quarantine cooking to satisfy all your carby vegan cravings! 🍝 I bring you — pasta al limone using @oatly single cream! 🧡 . Adapted from @bonappetitmag and ready under 15 ⏰ . Ingredients: 1 unwaxed lemon 🍋 Spaghetti for 4 🍝 1 carton @oatly cream 4 tbsp oil or cold vegan butter 🧈 Handful pine nuts 🌲 Black pepper . Bring the cream and zest from a whole lemon to a gentle simmer whilst you start your spaghetti in boiling salted water. Gradually add oil or butter to the cream, whisking often to emulsify. When almost al dente 🦷, add 1 cup pasta liquid to your sauce and the spaghetti along with it. Toss, toss, toss until the spaghetti has finished cooking. Pour in the juice of the whole lemon and serve with pepper, pine nuts and sliced lemon peel. 🍋
Could I eat this 3 times a day? Yes. Happy Saturday, go do something you enjoy and eat something that makes you feel happy! 🧡🌞 . Thank you @manilife_ for making quarantine 100% better. 🌈